What It Means To Be a Servant Leader 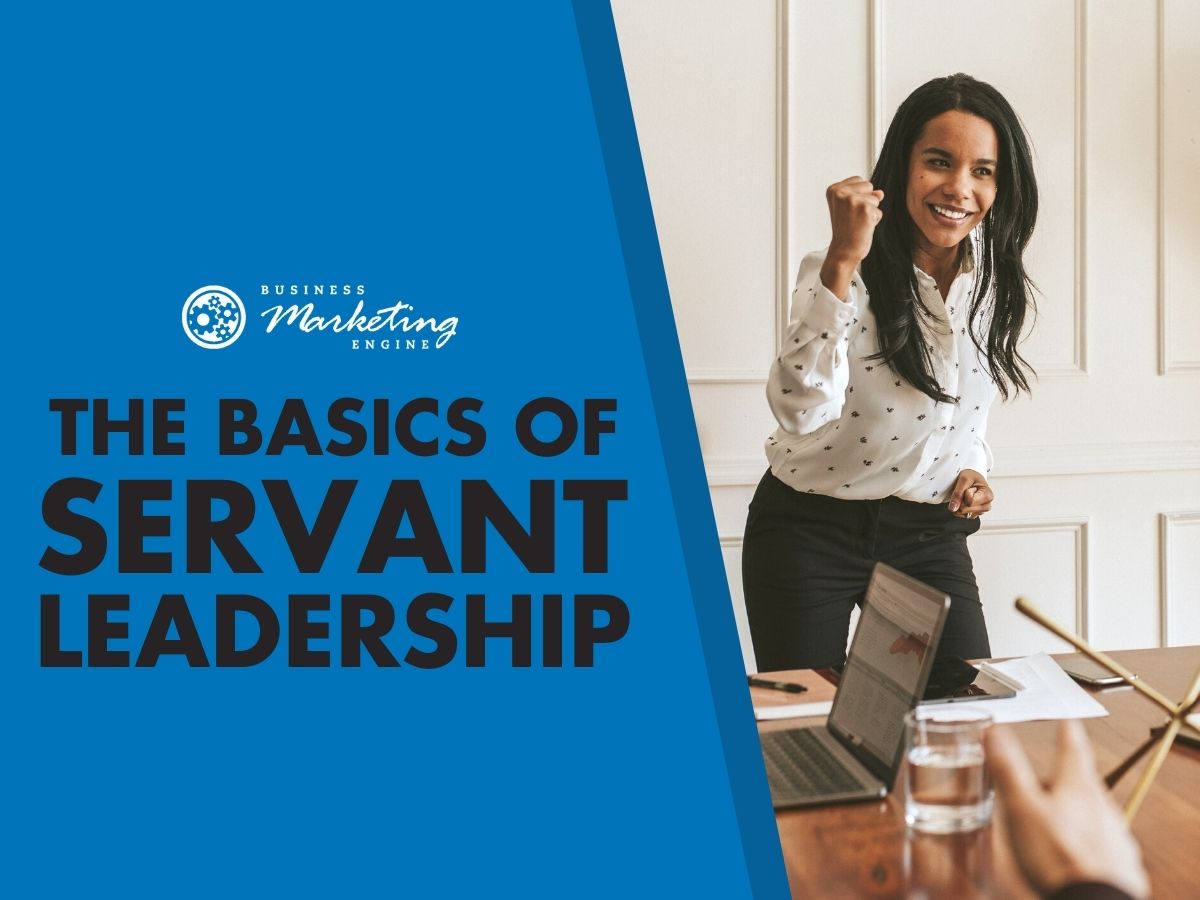 Plenty of people have had managers who acted like a tyrant granted a fiefdom. It’s hard to stay motivated when you’re made to feel like a cog in someone else’s machine. So, what is the opposite of that leadership style? A “servant leader,” as coined by Robert Greenleaf in 1970, is a leader who prioritizes the team over self. It might seem like a mythical concept, but it is attainable for those in leadership positions.

The first step toward servant leadership is to learn what it means to be a servant leader. Greenleaf credited “Journey to the East”, a 1932 novel by Hermann Hesse, as his inspiration. In “Journey to the East”, a group of servants misplaces one of their own during their pilgrimage to the East. It becomes apparent to the reader, that the servant who disappeared had assumed an informal leadership role, as the remaining servants fall into disarray once he’s gone. This servant leader, called Leo, was well-liked and did not appoint himself the leader. Rather, Leo gained the unspoken title through charisma and natural ability, with the others “following” him instinctively. Leo returns later in the book and reveals to the narrator that he is actually the president of the organization the group belonged to, and that his disappearance was a test of faith and obedience, which the narrator and the others had failed.

Social manipulation aside, Greenleaf formed from the story the concept of the servant leader and added the stipulation that a good servant leader would foster leadership in the people. One can assume that if Leo had been a proper leader, according to Greenleaf, he would have taught the other servants to lead themselves, and they wouldn’t have broken down once he disappeared. In the end, Leo was a servant leader in only the most literal sense of the term. For our purposes, servant leaders are, in essence, leaders whose primary responsibility is to facilitate the teams they oversee rather than use the team’s productivity for personal gain.

Since Greenleaf presented this concept, other experts have expanded upon it over the years. Larry Spears, president and CEO of the Larry C. Spears Center for Servant Leadership and former president and CEO of the Robert K. Greenleaf Center for Servant Leadership, proposed a set of 10 principles a servant leader should strive to follow:

The characteristic of empathy for a servant leader involves understanding the needs of your team and ensuring those needs are met. A great example is work-life balance. A servant leader understands that team members have lives outside of work and does not demand work take precedence over that. Simply put, servant leaders follow the Golden Rule and treat others as they would like to be treated.

Being a servant leader requires a skill for active listening. A servant leader is there for the team and must share or give up the platform, not dominate it.

The principle of healing is a bit complex, but a major component is to foster a harmonious work environment through fulfillment and elimination of harm. Work should make the worker content, not exhausted. An example might be going against cultural norms in favor of mental health rather than production, like switching to a shorter workweek. The ideal result is a team that doesn’t dread going to work and won’t feel the need to bring work home with them.

Servant leaders are self-aware and don’t manufacture a separation between their team and themselves. After all, the leader is part of the team, too. The leader always tuned in to the team and apticipate their needs.

Persuasion is about using methods of positive reinforcement and motivation to affect change rather than force. Where a traditional boss would make demands, a servant leader is part of the discussion and shares equally in the stakes with the team.

To conceptualize in this context is to set the heading for the team. A round-table discussion is a good analogy for this characteristic. The servant-leader sets up the seating and starts the discussion. The servant-leader might also jump in occasionally to help keep the team on topic or mediate. A traditional boss, on the other hand would likely give a presentation with no room for input from the team.

Experience is the key to foresight for the servant leader. However, it’s not always about the experience gained through seniority. A good leader should be eager to learn, even if that means making mistakes or sacrificing productivity. The goal is to be able to adapt and turn experience into wisdom.

For a leader to practice stewardship, he or she must lead by example and be accountable. It’s necessary to take ultimate responsibility for the team, like a shepherd does for a flock. Stewardship also has a lot to do with empathy and practicing what you preach.

Commitment to the Growth of People

The servant leader’s primary focus is the betterment of the team. Often this concept manifests in performance reviews and direct feedback. There should also be a concerted effort to recognize each team member’s learning style and goals to better facilitate growth as an individual. Not everyone will respond to performance reviews, and some might not want to grow upward toward leadership. So, it’s crucial to be aware and flexible.

A pair of horses that have trained together and work well can pull four times as much weight as a single horse could. While people obviously aren’t horses, a strong sense of community is paramount to maximize productivity on a team. As such, a servant leader can mediate and build that sense of community among the team members.

Most of these principles are extensions of the Golden Rule and ethical business practices. So, it’s not difficult to aim for servant leadership as a goal. The problem comes when trying to reconcile servant leadership, which Greenleaf recommends as a lifestyle rather than a management technique, with contemporary corporate infrastructure and culture. This philosophy is relatively new, and it’s hard to say how it works at scale. Obviously, it can be nearly impossible to adapt an entire existing company to the servant leadership model if you aren’t already the head of the company. However, servant leadership is, again, a lifestyle. Positive change requires a positive force, and servant leadership can start at any level.

On a more practical level, servant leadership involves flipping the traditional pyramid structure of power. Rather than a boss controlling employees, the servant leader acts as a supportive foundation for the team while also providing general guidance. The focus is on the success of the collective rather than on the individual. When the situation is reversed, the servant leader acts as a shield for the team instead of throwing them under the bus to save their own skin. This balancing act can only be achieved through authenticity in the leader’s willingness to serve. If the leader isn’t being genuine, it’s just manipulation, which the team will resent and emulate.

The benefits of being a servant leader are many. Employees trust each other and their leadership, as well as in themselves. They are able to collaborate better and the workplace is naturally more efficient. Without the implication that the only value is in results, employees are more inclined to put effort and care into their work rather than do the minimum to get by. The focus on individual growth and development increases the drive to improve on a personal level, replacing the need for training mandates and standardized goals. The development of the employees’ own leadership skills is prioritized, leading to increased accountability and decreased need for oversight and the elimination of micromanagement and savings on resources. Ultimately, servant leadership overturns bureaucracy in favor of natural efficiency and an overall more positive work environment.

Servant leadership is a more positive alternative to traditional management in that it inverts the power dynamic so that the leader is part of and working for the people. While it may not be for everyone, servant leadership is a more ethical and authentic method for structuring the workplace, which, when implemented honestly, can maximize productivity as well as the quality of work. This management style strives to end workplace stressors such as micromanagement, office politics, quantity over quality, lack of work-life balance and lack of support for employees. Servant leadership is all about empowerment and fostering growth, and implementing this philosophy is a great way to promote a healthier work environment from the ground up.

If you would like to learn more about how to be an effective leader and grow your business, or are looking for the support and resources you need to help your business thrive, we at Business Marketing Engine have you covered. Find out more at businessmarketingengine.com.